Early Reviews of The Devil’s Historians

“The Devil’s Historians is a book that should be read by every teacher and student of medieval studies. Timely and hard-hitting, the book is unapologetic in its condemnation of modern groups who use a literally white-washed version of the Middle Ages to promote their own agendas of hatred and discrimination.... This is a well-researched and highly scholarly book written with journalistic ease and page-turning appeal.”
Kathy Cawsey, Ph.D.
Dalhousie University and President of the Canadian Society of Medievalists
“The Devil’s Historians is a learned study that manages to be both lucid and incisive. The book does necessary, ground-clearing work in looking at how the past has been constructed.... Perhaps the most impressive part of the book is the seamless way the authors move between multiple timeframes (not simply the medieval period and the present day) to chart the complex, paradoxical, baffling and, at times, dangerous repurposing of the past. It is a timely and timeless book.”
Matthew Vernon, Ph.D.
University of California, Davis
“Kaufman and Sturtevant have produced a book that is equal parts familiar, terrifying, and hopeful.... This book is essential reading for all who love history―academic historians, university students, and the broader public. It will make you think deeply about our engagement with the medieval world and why it is crucial that we challenge its misrepresentations forcefully in order to create hope for a better future.”
Dana Wessell Lightfoot, Ph.D.
University of Northern British Columbia
“This is a passionate, accessible, and timely intervention into the deliberate misuse of the Middle Ages to promote hatred and fear. The authors meet the challenges of these misuses head on and expose them as such in a style as clear to general readers as it is enlightening for academics. The Devil's Historians is necessary reading for our times.”
Douglas Hayes, Ph.D.
Lakehead University

Now Available from All Major Booksellers

In this short and timely book, Amy S. Kaufman and Paul B. Sturtevant examine the many ways in which the medieval past has been manipulated to promote discrimination, oppression, and murder. Tracing the fetish for “medieval times” behind toxic ideologies like nationalism, antisemitism, Islamophobia, misogyny, and white supremacy, Kaufman and Sturtevant show us that the Middle Ages have been twisted for political purposes ever since they came to a close.

The Devil’s Historians casts aside the myths of an oppressive, patriarchal medieval monoculture and reveals a medieval world not often shown in popular culture: one that is diverse, thriving, courageous, compelling, and far more complex than those who want to bring us back to the Middle Ages would have you believe.

Get the Book
Support A local Bookstore
Available on amazon 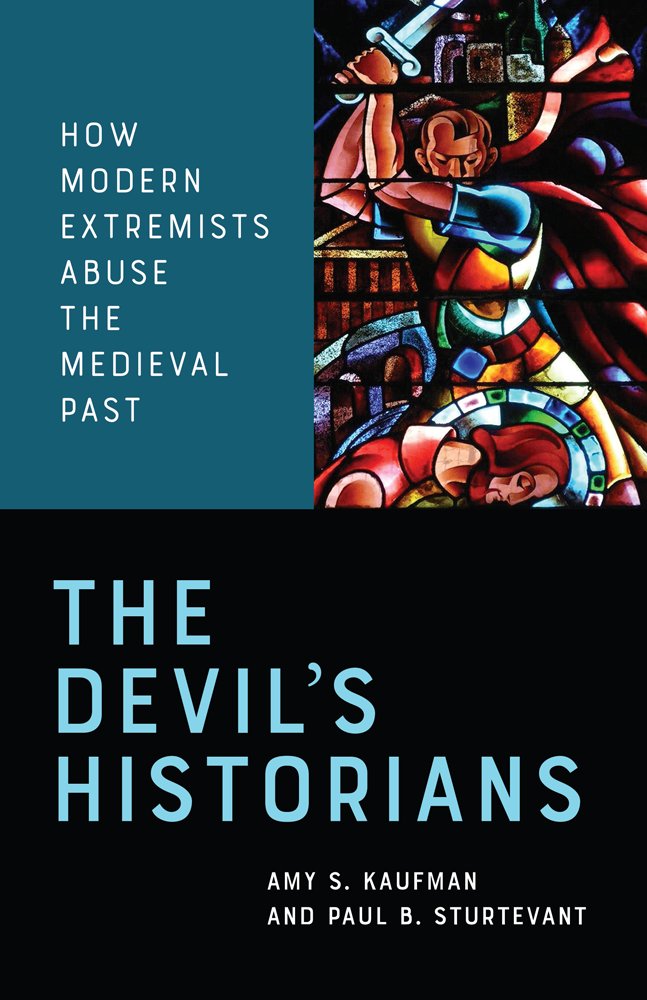